Beltane is May 1st and a day to celebrate. To celebrate life, love, fertility, and growth. On the Wheel of the Year, it falls directly opposite of Samhain. This is a fertility Sabbat. The name of this holiday is derived from “bale fire” where all over Ireland and Britain, giant balefires were lit on May Eve. The most known symbol of Beltane is the May Pole, a phallic symbol that represents the union of the God and Goddess. During Beltane we often dance around the pole weaving red and white ribbons around it. In years past, we have done this but this time we did something a little different! There is an old Swedish tradition that represents the union of the God and Goddess a little differently. It was said a balefire must be lit by two people striking flint together. This was a symbol of the sexual union, impregnating the Goddess. And in Slavic countries, people would go from house to house retrieving fuel for the balefire. Today we mixed both of those traditions by having each person come up to the altar and pick an herb that represents something their  life that they’d like to grow on. See pictures below! Happy Beltane! 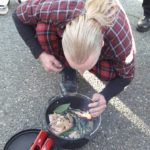 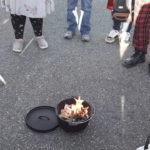 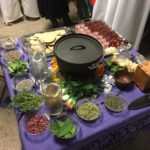 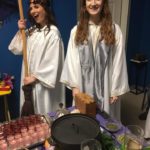 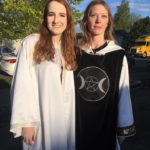